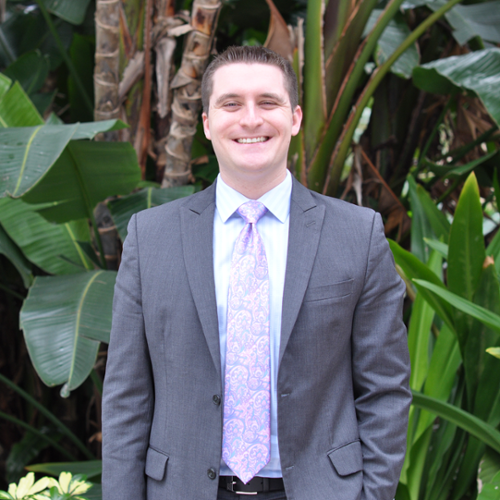 It’s often an interesting or challenging life experience that leads individuals to choose a career in law. For Jared Rosenstein, a 2L part time evening student, his journey to law school revolves around his passion for politics.

Determined to work in the Florida Legislature while in college, Jared followed the advice of a government affairs lawyer he met. “He told me to ‘walk around the Capital after class and hand out your resume.’ So I did.” Jared landed an internship with a state senator and his career progressed. He is now Legislative Aide for State Representative Jared Moskowitz, an NSU Law alumnus.

Jared describes the classroom experience as “crazy diverse” referencing how many of his classmates are parents, working in a variety of fields, retired, or beginning their second careers. Classes are “authentic, not just the text book stuff, but how it applies to real life. The realistic application of law.” It was the part time evening program and the “extensive alumni network” that initially drew Jared to NSU Law. “If you are interested in working in Broward, Palm Beach, or Miami-Dade counties you definitely want to go to NSU Law,” he states. The NSU Law alumni network in South Florida is “incredible and you can’t calculate what that’s worth.”

Working full time for Representative Moskowitz, Jared often has to fly between Fort Lauderdale and Tallahassee, the State capital. “I don’t think I would be able to do my job, with all the travel, at another law school” Jared states. Jared’s advice for those starting law school is, “find the right work/life balance. You have to plan everything and keep your professors in the loop as necessary.” “Very few of my friends going to other law schools are having similar experiences to mine at NSU Law,” Jared says. “It’s worth every penny!”

In his first semester of law school, Jared was named one of 2015 “30 Under 30” by Florida Politics. He is noted for his ability to work with both Republicans and Democrats. “Hyperpartisanship is a plague upon the process,” Jared stated when given this recognition. “While not everyone can make the transition from working with Republicans to Democrats; I am glad my ‘bipartisan’ personal philosophy has kept me effective.”

His busy schedule leaves him little time to engage in student activities in the law school, but Jared has developed a solid core of friendships with fellow students and, in keeping with his natural inclination to network, he makes time for interaction with faculty outside of class. His job frequently has him meeting NSU Law alumni who are in positions in government and politics and expanding his already extensive network.

Jared plans to use his J.D. to advocate on behalf of businesses, municipalities, and non-profit originations before the State Legislature in Tallahassee.