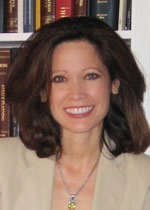 Associate Dean for Academic Affairs and Professor of Law
(954) 262-6186 nelsone@nova.edu

Dean Elena Maria Marty-Nelson joined the NSU Law faculty in 1992. She was promoted to full professor with tenure in 1997. Prior to serving as Associate Dean for Academic Affairs, she served as Associate Dean for Diversity, Inclusion, and Public Impact. Before joining NSU, Dean Marty-Nelson practiced law with a large firm in Washington DC and then taught for the Harrison Institute at Georgetown University Law Center. Her scholarship includes books published by Cambridge University Press and Carolina Academic Press. She has also authored BNA portfolios, book chapters, and numerous law review articles. Her writings have been cited in decisions of the United States Court of Appeals for the Second Circuit, the United States District Court for the Southern District of New York, the United States District Court for Western District of Virginia, the United States Bankruptcy Court for the Southern District of New York, the United States Bankruptcy Court for the District of Alaska, the Oregon Supreme Court, and in several treatises. Dean Marty-Nelson has been selected “Professor of the Year” by the College of Law’s student body eight times (academic years 1995-1996, 1996-1997, 2008-2009, 2009-2010, 2010-2011; 2012-2013; 2016-2017 and 2018-2019). She is also the recipient of the “2011-2012 Shepard Broad Law Center Professor of the Year Award” conferred by the University for “Excellence in Teaching and Distinction in Scholarly Productivity.” In 2021, she was presented with the Outstanding Service Award for her service as Associate Dean for Diversity, Inclusion, and Public Impact. In both 2008 and 2015, she was selected the College of Law’s “Advisor of the Year” for the University’s Student Life Achievement Awards (STUEY) for her service as a faculty advisor to the Nova Law Review and to the Hispanic Law Students Association (HLSA). Dean Marty-Nelson has a strong record of national law school service. She serves on American Bar Association (ABA) site evaluation teams, served as a member of the Law School Admissions Council (LSAC) Board of Trustees, and is a past Chair and member of the Executive Committee of the Association of American Law Schools (AALS) Section on Minority Groups. Her Nova Southeastern University-wide service includes membership on the College of Allopathic Medicine’s Diversity Committee.  She teaches a wide range of courses, including Property, Federal Securities Regulations, Income Tax, Wills, Trusts, Negotiating Workshop, and International Tax.