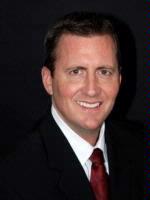 In addition to serving as the Adjunct Professor of Patent Law at Nova Southeastern University, Shepard Broad College of Law, Scott Smiley practices law at his firm, The Concept Law Group, P.A., where he concentrates his practice on Patent and Trademark law. Scott is a Registered Patent Attorney and holds a degree in Electrical Engineering. Before entering the field of law, Mr. Smiley designed antenna and communication systems for military and commercial aircraft and magnetic components for a broad range of electronic applications. Mr. Smiley also served as an Adjunct Professor of Engineering at a local South Florida college.

Mr. Smiley is admitted to practice in the Supreme Court of the United States, the Federal Circuit Court of Appeal, the U.S. Patent and Trademark Office, and the Southern District of Florida.

Mr. Smiley was part of a team that litigated a three-year-long patent infringement case against The Home Depot U.S.A., Inc., where they successfully proved that The Home Depot engaged in willful patent infringement. In 2010, after a nearly month-long trial that made news across the nation, the jury awarded the client $15 million in actual damages. To that, the Court added an additional $3 million in punitive damages, $2.8 million in attorneys' fees, $3.1 million in prejudgment interest, and over $300k in costs, for a total award of almost $25 million.

Scott was named as one of 2015's "Super Lawyers" by Super Lawyer magazine and "Legal Elite" by Florida Trend Magazine (limited to top 2% of Florida's attorneys).