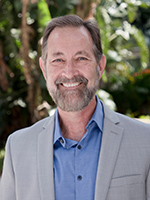 Professor Donoho has been a Professor of Law at the NSU Shepard Broad College of Law since 1989. He was granted tenure in 1994. Over the years, he has taught a wide variety of courses including Constitutional Law, International Human Rights, Public International Law, International Business Transactions, International Practice Clinic, International Regulation of Trade, Criminal Procedure and Torts. He also created and now teaches in an online course offered to law students in Spain, the Czech Republic and Italy entitled "Introduction to American Law." Every spring, he teaches a section of Criminal Procedure in the AAMPLE conditional admission program. He has also frequently taught in NSU's foreign programs, dragging his wife and three children to Venezuela, Costa Rica and Barcelona, Spain.

Prior to joining the College of Law faculty, he taught at the University of Oregon, clerked in the Sixth Circuit Court of Appeals and practiced law with Cadwalader, Wickersham & Taft in New York City. Professor Donoho's scholarship focuses primarily on international human rights and includes articles published in the Stanford, Michigan, Cornell, Emory, Wisconsin, Georgia, University of Barcelona and ILSA International Law Journals. His most recent publication is an electronic course book in International Business Transactions (Carolina Academic Press, 2014). His second book, this time concerning International Human Rights, was published by Carolina Academic Press in 2016.

He has worked on refugee issues in Southeast Asia for the Lawyers Committee for Human Rights, represented asylum claimants before the INS and litigated on behalf of Chilean human rights victims in U.S. federal court. Professor Donoho has also represented, in conjunction with NSU's Inter-American Center on Human Rights, Venezuela's 2 million member labor union confederation, CTV, and two prominent political figures in actions brought before the Inter-American Commission on Human Rights against the Government of Venezuela. Professor Donoho is a faculty advisor for the ILSA Journal of International and Comparative Law. He is presently working with alumni and current students to promote a death penalty resource center for Florida lawyers engaged in capital cases. He is a member of the New York and California bars.

More than anything, he is the husband of Melissa Minsk Donoho, an NSU graduate who is Chief Assistant and Managing Attorney for the Florida Regional Conflicts Counsel Office, and the father of Madison, Quinn and Ailish.