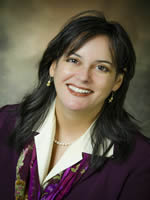 Before joining NSU, Professor Chaney was the Director of Clinical Programs and Experiential Learning and an Associate Professor of Law at University of La Verne College of Law in Southern California where she taught Evidence, Criminal Law, Criminal Procedure, Trial Advocacy, Lawyering Skills Practicum, and Professional Responsibility.  She was also the founding faculty advisor for the award-winning La Verne Trial Team. Professor Chaney was promoted to Associate Professor of Law in 2012.

Professor Chaney was appointed Visiting Associate Professor of Law at the William S. Boyd School of Law at the University of Nevada, Las Vegas (UNLV) in 2006 where she taught Criminal Procedure and co-directed the Juvenile Justice Clinic.

Professor Chaney’s experience includes serving as an Assistant Public Defender at the Miami-Dade County Public Defender's Office. She is proud of the clinical education she received in both the Criminal Law and Criminal Appellate Clinics at the Benjamin N. Cardozo School of Law in Manhattan. Professor Chaney has spoken at numerous academic conferences throughout the United States, including the AALS Clinical Conference, the Annual Meeting of the Southeastern Association of Law Schools, the Wells Adoption Conference at Capital Law School, and the CALI Conference for Law School Computing. In the fall of 2007, she helped develop and teach the training curriculum for the Western Juvenile Defender Center at the National Juvenile Defender Leadership Summit. Her latest articles about post-adjudicatory juvenile defense were published by the Georgetown Journal on Poverty Law & Policy & Capital Law Review.