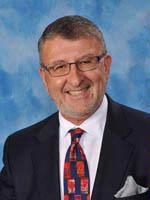 A tenured professor of law at Nova Southeastern University since 1980, Steven Wisotsky currently teaches courses in appellate practice, white collar crimes, criminal procedure and criminal law. He has also taught courses in civil pretrial practice and constitutional law. He has been nominated four times as the Student Bar Association Teacher of the Year. He has chaired every major faculty committee.

He is presently co-chair of the American Bar Association Criminal Justice Section Appellate and Habeas Committee, as well as co-chair of its White Collar Crimes Subcommittee on Money Laundering. He is active in The Florida Bar and recently served on its Appellate Court Rules Committee and its Standing Committee on Professionalism. He has served on the Florida Chief Justice's Ad Hoc Commission on the Bar Examination and chaired its Criminal Law and Criminal Procedure Subcommittee. He has lectured to professional groups such as the Academy of Florida Trial Lawyers (now the Florida Justice Institute), the Florida Association of Criminal Defense Lawyers, and The Florida Bar.

He is admitted to practice before the U.S. Supreme Court and the U.S. Court of Appeals for the Fourth, Fifth and Eleventh Circuits.  He was named to “Florida Super Lawyers” in appellate practice for 2006, 2007, 2008 and 2009. He is also a member of The Million Dollar Advocates Forum, a group of trial attorneys who have won million-dollar-plus verdicts and/or settlements for their clients.

He is the author of Professional Judgment on Appeal: Bringing and Opposing Appeals (Carolina Academic Press 2002), which has been described by the American Bar Association Appellate Practice Journal as "authoritative, erudite and often sparkling."  The Record (the Journal of The Florida Bar Appellate Practice Section) described it as “the fine-tooth comb that sifts through the chaff for the golden nuggets.” A review in TRIAL magazine described it as a “well-researched, well-written” “fresh and practical analysis of modern appellate practice. The second edition, which was published in 2009, was described by one reviewer “as taking the analysis to a higher level than many writings in the field.”  He is presently under contract with the National Institute for Trial Advocacy for publication of a book entitled Public Speaking for Lawyers.