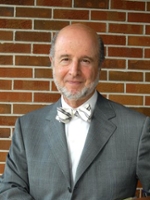 Bruce Rogow is the Founding Professor of Law at Nova Southeastern University Law Center in Fort Lauderdale, Florida, at which he taught from 1974 through 2014. In 1978-79, he was co-dean of the Law Center, and in 1984, Acting Dean. Before joining Nova in 1974, he was on the faculty at the University of Miami. Mr. Rogow has taught Civil Procedure, Federal Jurisdiction, Constitutional Law, Appellate Practice, Criminal Law and Legal Ethics. He began his career in 1964-1966 with the Lawyers Constitutional Defense Committee, representing civil rights workers in Mississippi, Alabama and Louisiana.

Mr. Rogow has litigated extensively over the past 55 years. He has argued over 450 civil and criminal cases in federal and state appellate courts, including eleven cases in the Supreme Court of the United States. He was Supreme Court counsel in Beach v. Ocwen Federal Bank, Seminole Tribe v. State of Florida, Florida Bar v. Went For it Inc., Campbell v. Acuff-Rose, Argersinger v. Hamlin, Gerstein v. Pugh, Ingraham v. Wright, Mathews v. Diaz, Davis v. Scherer, co-counsel in Fuentes v. Shevin, and was appointed by the Supreme Court to represent the petitioner in Francis v. Henderson. In three cases, Waldron v. United States, Arthur v. Hillsborough County, and in Scrushy v. United States, the Supreme Court granted certiorari, vacated, and remanded the decisions below without argument. In the 2000 Presidential election litigation, he was counsel in the Supreme Court for the Palm Beach County Canvassing Board in Bush v. Palm Beach Co. Canvassing Bd. He was co-counsel in United Haulers v. Oneida-Herkimer Solid Waste Management Authority, decided favorably in April 2007. In December 2007 he was retained by the Kentucky Retirement System to prepare its lawyer for a January 2008 Supreme Court argument in Kentucky Retirement System v. EEOC. The case was decided in favor of the Kentucky Retirement System.

Mr. Rogow has been listed in every edition of The Best Lawyers In America for the past thirty two years. In the 2021, 2020, 2019, 2018, 2017, 2016, 2015 and 2014 editions he is named in multiple categories including: Appellate Law, Bet-the-Company Litigation, Commercial Litigation, White Collar Criminal Defense, First Amendment Law, and Municipal Litigation. In the 2015 and 2012 editions he was named “Miami Appellate Practice Lawyer of the Year,” and in the 2014 edition was named “Miami Litigation-Municipal Lawyer of the Year.” In the 2010 edition he was named the South Florida “Lawyer of the Year in ‘Bet-the-Company Litigation’.” He has been listed in Chambers USA, America’s Leading Lawyers for Business, Florida Trend’s Legal Elite, Super Lawyers, Corporate Counsel Edition and Who’s Who Legal Business, Crime Defense 2015. Law Dragon has twice named him as one of the 500 leading lawyers in the United States. He is one of three lawyers in Florida to have been Board Certified in both civil and criminal appellate law. He is a Fellow of the American Academy of Appellate Lawyers and is also a Fellow of the American College of Trial Lawyers. He has been rated AV Preeminent by Martindale-Hubbell for 35 years.

Mr. Rogow has represented governmental entities, public officials, trial and appellate judges, law firms, lawyers (including F. Lee Bailey and Alan Dershowitz), and corporations in major trial and appellate work. His clients in the last decade plus have included Morgan Stanley, Prudential Insurance, Progress Energy Corp. (for whom he reversed a $130 million judgment in 2012), Duke Energy, National Beverage Corp., Merrill Lynch, Bank of New York Mellon, Donald Trump (for whom he won appeals in the 4th DCA in July and October 2012 and April 2016), Roger Stone (whose criminal trial he lost in 2019, whose sentence was commuted by President Trump in 2020), Don King, David Koch (Koch Industries), Sophia and Olivier Martelly (First Lady and Son of President of Haiti), Leonard Lauder, Kentucky Derby winning jockey Jose Santos (whose defamation case against the Miami Herald he settled in 2008 for a large confidential sum), Churchill Downs Corporation (Calder Race Track), Richard Scrushy, the former CEO of HealthSouth Corp., Daniel Loeb and Third Point LLC, a Florida State Senator (whose convictions he reversed in December 2007), a mayor and five municipalities and all the pari-mutuels in Dade and Broward counties. In 2009 he reversed a $5 million judgment against a developer with directions to enter judgment for the developer, and, as a Special Assistant State Attorney, successfully moved the Florida Supreme Court to set aside a capital conviction and death sentence because of inappropriate undisclosed conversations between the trial judge and prosecutor. In 2009, he was selected as Lead Counsel in the Multi-District Litigation (MDL) Bank Overdraft cases consolidated in the Southern District of Florida. In 2011, Bank of America agreed to settle the overdraft case against it for $410 million. In 2012, J.P. Morgan Chase settled for $110 million. Bank settlements with Citizens Bank, PNC, Compass Bank, Comerica, U.S. Bank and others through 2020 have led to total settlements of $1.275 billion dollars, and other cases remain pending, including cases against Wells Fargo/Wachovia.

In 2007, representing Morgan Stanley against investor Ronald Perelman’s CPH Holdings, he reversed the $1.6 billion judgment entered against Morgan Stanley in West Palm Beach, with directions to enter a judgment in favor of Morgan Stanley. In 2009, he preserved that judgment, obtaining an appellate affirmance of the trial court’s denial of CPH’s attempt to vacate the judgment in favor of Morgan Stanley. In 1995 he secured the reversal of a $52 million judgment against Florida’s largest sugar companies, and the reversal of a $1.7 million contempt judgment against an attorney. In 1993 and 1994 he won Florida Supreme Court victories for a mayor denied municipal pension benefits, and for a special taxing district denied self-governing authority. In 1997 he reversed a million dollar federal judgment against Palm Beach County. In 1998 he obtained reversal of an order quashing charging liens, allowing Florida lawyers to obtain their claims to 25% of Florida’s $11 billion tobacco settlement.

In 1996 his Florida Supreme Court victory for a brain damaged child led to a $9 million settlement and in 1998 he was appellate counsel in a civil rights case against the State which was settled for $17.75 million. In 1999, he obtained a federal appellate affirmance establishing Indian Tribes’ immunity from suits by the State under the Indian Gaming Regulatory Act. In February and 2006 he reversed a potential billion dollar class action against Wyeth Pharmaceuticals and tried and obtained a jury defense verdict in a $25 million suit against Jet Aviation International, Inc. and Hirschmann Industrial Holdings, Ltd., major Swiss companies. In 2006 he reversed a multimillion dollar award against a physician and won an appellate decision for the Mayor of Miami - Dade County allowing a strong Mayor change of government to be presented to voters. In 2006, he reversed an obscenity conviction and obtained the release of a Russian entrepreneur who had been incarcerated on the charge. In 2010, Mr. Rogow affirmed and collected a $42 million judgment for a cancer victim against various tobacco companies.

In the past two decades Mr. Rogow has argued over seventy appeals in the various Florida District Courts of Appeal, the Florida Supreme Court and the United States Court of Appeals for the Eleventh Circuit. In 2008 he reversed a trial court and prevailed in the Fourth District Court of Appeal for the City of Hollywood, Florida in a major eminent domain case, and upheld a $5 million fraud judgment against a corporation and its principal. He was a featured speaker for the Florida County Judges Conference in 2006 and the Florida District Court of Appeal Judicial Conference in 2007. In 2006 he was a panelist for the State Bar of Georgia’s “11th Circuit Appellate Practice Institute” in Atlanta. The subject was “Characteristics of Effective Oral Argument.” He has been the Law Day speaker for the Broward County Bar Association and the Palm Beach County Bar Associations, and was the Keynote Speaker for the Palm Beach County Bar Conference in 2012 and 2015, and the Speaker for the Palm Beach Federal Bar on several occasions.

In Nov. - Dec. 2000 he represented Palm Beach County Supervisor of Elections Theresa LePore and the Palm Beach County Canvassing Board in numerous cases in the United States District Court for the Southern District of Florida, the United States Court of Appeals for the Eleventh Circuit, the Supreme Court of the United States and the Supreme Court of Florida. In 2000, he obtained a federal injunction against enforcement of the Miami-Dade County “Cuba Affidavit,” which required applicants for cultural grants to swear they had no ties to any Cuban nationals. He successfully defended Palm Beach County on appeal in a Title VII employment discrimination case in 2000; and in 1999, he won a defense decision for the City of Boca Raton in United States district court in the first trial under the Florida Religious Freedom Restoration Act of 1998; a decision affirmed by the United States Court of Appeals in 2005. Earlier, he successfully defended the Chief of the Seminole Tribe of Florida against federal and state Endangered Species Act criminal charges for killing a Florida panther on the Reservation, and 2 Live Crew in their federal and state obscenity trials and appeals. He obtained the acquittal at trial of a South Florida mayor charged with theft in office. He successfully represented the Cuban Museum against the City of Miami’s attempt to evict the Museum for its artists’ political views, obtaining a federal injunction against the City. He also obtained the first federal court appellate decision declaring that a musical work was not obscene. His Supreme Court success in Campbell v. Acuff-Rose Music established copyright protections for commercial parodies.

Mr. Rogow has also won numerous awards over the years for his public service, litigation, and teaching, including the Reginald Heber Smith Award from the National Legal Aid and Defender Association and the Playboy Foundation First Amendment Award. He was the first Broward Legal Aid Advocacy Award recipient in 1999. In 2000, he was awarded the James C. Adkins Award, given to Florida’s outstanding appellate jurists or practitioners. He was the first practicing lawyer to receive the award. In 2006 he was a finalist for Most Effective Appellate Lawyer in South Florida and in 2007 he was named the Most Effective Appellate Lawyer in South Florida. In 2011, he was named Most Effective Class Action Lawyer for his MDL Bank Overdraft Litigation, and in 2012 Public Justice named him a “Trial Lawyer of the Year Finalist.”

Mr. Rogow has served as a consultant to lawyers and legal aid organizations, and as an expert witness on attorneys’ fees; has lectured to judges and lawyers; writes, and has been President of the Legal Aid Society of Broward County, Florida, and Special Counsel for the American Civil Liberties Union Foundation of Florida, Special Counsel to The Florida Bar, Special Assistant Attorney General, and a Special Assistant State Attorney.