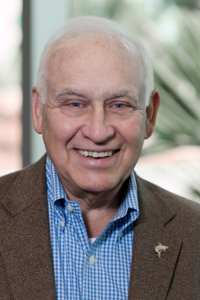 Professor Michael L. Richmond received his A.B. degree in English Literature from Hamilton College, his J.D. degree from Duke University, and his M.S.L.S. degree from the University of North Carolina at Chapel Hill. He practiced law in Cleveland, Ohio, and has taught law at Capital University, North Carolina Central University, and NSU. He has also taught Business Law at Duke University and served as reference librarian at the University of Texas at Austin. At NSU since 1978, he has taught a wide variety of courses but for the last several years has concentrated on Torts and advanced courses in the tort area. He also teaches Legal Drafting and Law and Literature. His scholarly writings have naturally gravitated to various areas of tort law, but he also writes extensively examining the interface of law and literature as well as that of law and popular culture. His primary emphasis, however, is classroom teaching and working with our students outside the classroom.