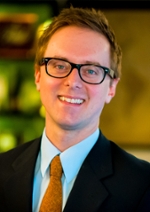 Chance Meyer is the Assistant Dean of Academic Success and Professionalism and a Professor of Practice in the ASP program. He teaches analytical skills essential to the practice of law and legal study. He also teaches the Death Penalty Workshop, which examines litigation of constitutional issues in the framework of Florida’s death penalty regime. His scholarship focuses on Sixth and Eighth Amendment issues surrounding the modern American death penalty.
He is , magna cum laude graduate of Tulane Law School. From 2007 to 2008, he was a law clerk to the Honorable Robert T. Dawson, United States District Court for the Western District of Arkansas. From 2008 to 2016, he was assistant counsel to the Capital Collateral Regional Counsel-South, where he represented death-sentenced defendants in trial and appellate courts, in state and federal jurisdictions. He has practiced in the United States Supreme Court, the United States Court of Appeals for the Eleventh Circuit, the United States District Court for the Southern District of Florida, and the Florida Supreme Court.