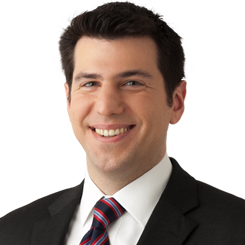 Prior to joining the firm, Mr. Schwartz served as Senior Trial Counsel for the Securities and Exchange Commission’s Division of Enforcement. In this role, Mr. Schwartz served as lead counsel for the Commission in cases alleging violations of the federal securities laws against, among others, bank holding companies, private equity funds, hedge funds, investment advisers, public companies, and their respective executives.

Mr. Schwartz began his legal career in New York as a litigation associate at Debevoise and Plimpton LLP, where he worked on a variety of commercial and white collar litigation matters.