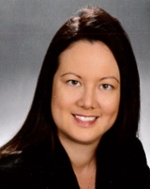 Michele has practiced primarily in the area of insurance defense litigation. Ms. Ricca began her legal career as an attorney with the law firm of Cooney, Haliczer, Mattson, Lance, Blackburn, Pettis & Richards, P.A., which, in 1996, became Cooney, Mattson, Lance, Blackburn, Richards & O'Connor, P.A. In March of 2006, Michele was also appointed as a Civil Infraction Hearing Officer for Broward County and she served in that capacity until June of 2012. After the dissolution of her previous firm in December of 2009, Ms. Ricca became a partner of Boyd Richards Parker & Colonnelli, P.L. in January of 2010.