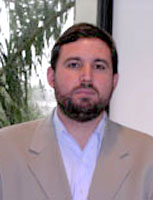 ADAM SCOTT GOLDBERG practices as a tax, probate and estate planning attorney as a partner with the Martindale-Hubbell A.V. rated firm of KRAUSE & GOLDBERG P.A. with its main office in Weston, Florida.  Mr. Goldberg is admitted to the Florida and Federal Bars and holds a Masters of Law Degree (LL.M.) in Estate Planning from the University of Miami, as well as a Juris Doctor (J.D.) Degree from Nova Southeastern University.  Mr. Goldberg is a member of the United States Tax Court and was admitted to the United States Supreme Court in April of 2012.  Mr Goldberg has authored articles and made presentations in the areas of estate planning, tax exempt organizations, probate, planning for disability, tax litigation and planned giving.  He is a Past President of the West Broward Estate Planning Council, the Greater Fort Lauderdale Tax Council and the Planned Giving Council of Broward County.  Mr. Goldberg is a member of the Tax Section and the Real Estate, Probate and Trust Section of the Florida Bar.  Mr. Goldberg is currently serving as the Chairman of the Florida Bar’s Exempt Organizations Committee for the eleventh straight year and has just completed a six year term on the National Board of Director for the American Lung Association.  Mr. Goldberg teaches as an adjunct professor at the Nova Southeastern University Law Center and was the Adjunct Professor of the Year for 2010 and 2011.  Mr. Goldberg is a frequent lecturer for numerous charitable groups such as American Red Magen David, American Lung Association, American Cancer Society, Florida State University, Broward College and the National Safety Council, and for professional groups such as the Florida Banker’s Association, The Florida Institute of CPAs and The Florida Bar.  In 2007, Mr. Goldberg and his law firm received a Planned Giving Excellence Award from the American Cancer Society.  In 2009, Mr. Goldberg and his law firm received a Planned Giving Excellence Award from the American Lung Association.