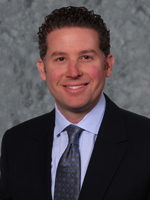 Jason A. Glusman joined Wicker Smith in 2003 and is a Shareholder in Wicker Smith's Fort Lauderdale office. He has been named a Rising Star by Florida Super Lawyers magazine in 2009, 2011, 2013-2015 and has been selected by the South Florida Legal Guide as a Top Lawyer since 2014. He has also earned an AV® Preeminent™ rating by Martindale-Hubbell. Additionally, Mr. Glusman serves as an Adjunct Professor at the Nova Southeastern Shepard Broad College of Law, where he teaches civil pre-trial practice.

In addition, as counsel in major aviation air disasters, Mr. Glusman in involved in the handling of numerous general aviation matters on behalf of aircraft manufacturers, fixed base operators and owner/operators. He served as co-counsel in the Bahamas crash of a Cessna 402 carrying the entertainer Aaliyah, co-counsel for Chalk’s Airways in the 2005 catastrophic crash of their Grumman Mallard seaplane, co-counsel in the 2006 Comair Flight 5191 crash in Lexington, Kentucky and co-counsel for US Airways in the 2014 Flight 1702 crash in Philadelphia, Pennsylvania.

Prior to joining the firm, Mr. Glusman served as a Prosecutor at the Palm Beach County State Attorney’s Office and became Division Chief responsible for prosecuting primarily defendants charged with violent crimes. While at the State Attorney’s Office, Mr. Glusman acted as lead or supervising attorney in over 30 jury trials and in excess of 70 non-jury trials and hearings.

Mr. Glusman graduated from the University of Florida in 1997 with a Bachelor of Arts. He went on to earn a Juris Doctor from John Marshall Law School in 2000. While in law school, Mr. Glusman worked in the Gang Crimes Unit of the Felony Trial Division at the Cook County State Attorney’s Office. Additionally, he was a member of the Georgetown University National White Collar Crime Invitational Team, a Regional Finalist in the American Trial Lawyers Association Competition, Regional Semifinalist in the ABA’s Texas Young Lawyers Mock Trial Competition and Champion of the John Marshall Mock Trial Tournament.

Mr. Glusman is an active member in The Florida Bar, Broward County Bar Association and Palm Beach County Bar Association. He is also a member of the Retail and Hospitality Substantive Law Committee and Steering Committee of the DRI, The National Retail and Restaurant Defense Association, the Claims and Litigation Management Alliance as well as the USLAW NETWORK. Mr. Glusman regularly presents at seminars as well as to risk management departments and is active in diversity efforts including participation in the Kozyak Minority Mentoring Picnic in Miami.