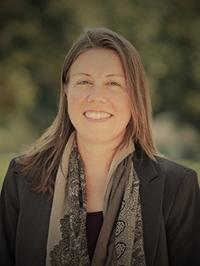 Professor Kate Nuñez became a full time faculty member in 2010 and a tenured Professor of Law in 2018. Her courses include: Employment Discrimination, Civil Procedure, Business Entities, Remedies, Securities Regulation, and Workers’ Compensation. Professor Nuñez also teaches a number of courses in the Master of Science in Employment Law program.

Her interdisciplinary scholarship applies concepts from political science and psychology to explain the limitations of using laws and legal action to achieve gender equity. Her most recent work Persuasive or Pipe Dream? The Feminist Judgments’ Project’s Potential Influence on Judicial Decision Making, will appear in Vol. 9 (2020) of the peer-reviewed, British Journal of American Legal Studies. Professor Nuñez’s article analyzing the pervasive sexual harassment at Fox News, and the failure of employment law to prevent it, appeared as a chapter in WOMEN AND THE LAW (Tracy A. Thomas, ed., 2018), and was originally published in the Penn State Law Review. The Columbia Journal of Gender & Law published her article, Families are More Popular than Feminism: Exploring the Greater Judicial Success of Family and Medical Leave Laws, which also received a favorable review in Jotwell, http://family.jotwell.com/when-less-is-more/. Professor Nuñez has presented at the annual conference of the Midwest Political Science Association, the annual Colloquium on Current Issues in Labor and Employment, and the State and Local Government Works in Progress Conference. Before joining the academy, Professor Nuñez was a partner at a boutique employment law firm and represented women with discrimination claims against financial companies. She is a graduate of the University of Pennsylvania Law School and Tufts University.