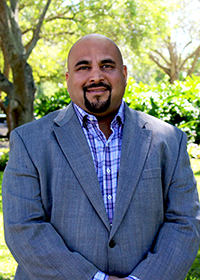 Ishaq Kundawala is a Professor of Law at Nova Southeastern University's Shepard Broad College of Law. He joined NSU Law in 2008 and earned tenure in 2013. A member of the Texas Bar since 2002, Professor Kundawala obtained his B.A. from Austin College and his J.D. from Tulane Law School. At Tulane, he was the Editor in Chief of the Tulane Journal of Technology and Intellectual Property.

Professor Kundawala was in private practice for over five years. He was an associate at the international law firm of Baker Botts L.L.P. His area of practice was Corporate Bankruptcy. While he was at Baker Botts, Professor Kundawala handled the estimation and ultimate resolution of approximately $1.5 billion of toxic tort related bankruptcy claims filed against one of the nation’s largest copper producers. His experience in private practice also includes the representation of one of the country's leading online travel service providers in several major commercial airline bankruptcy cases and related disputes. Professor Kundawala has extensive experience participating in court hearings (trial and appellate), depositions, and mediations. In 2006, he was named a “Rising Star” by Texas Monthly and Law & Politics. He was also active in the Dallas Volunteer Attorney Program representing distressed women in divorce matters on a pro bono basis.

Professor Kundawala’s areas of expertise are Bankruptcy and Commercial Litigation. His research interests include Bankruptcy Reform and Legal Ethics. He teaches Contracts, Bankruptcy, UCC: Secured Transactions, UCC: Sales and Professional Responsibility. Professor Kundawala serves on the Law Faculty's Admissions Committee and he is also an advisor to the Association for Business Law Students.

The Attorney Gag Rule in Consumer Bankruptcy Cases and the Continued Efficacy of it in a Post-Milavetz World, 43 U. Mem. L. Rev. 1 (2012) (lead article).

Media Interview, NPR/WLRN Radio, The Rise of Consumer Bankruptcies in South Florida (aired on May 7, 2012).

Presenter and Panelist, “Breaking In: How to Get a Job in the Legal Academy,” Society of American Law Teachers, Fort Lauderdale, Florida (March 31, 2011).