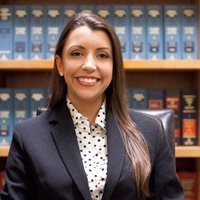 Tiffany Garner joined Nova Southeastern University, Shepard Broad College of Law as the Director of Donor Relations & Stewardship, after many years of legal practice. Tiffany worked for Florida’s largest law firm in the area of insurance defense, and her primary focus was on personal injury matters. During her tenure with the civil defense firm, she represented a well-known national insurance carrier through all phases of litigation. Prior to that, Tiffany began her legal career as a litigation associate for a small firm in the areas of criminal defense, family law, and appellate practice.

Tiffany received her law degree from Nova Southeastern University’s Shepard Broad College of Law. While at NSU, she received numerous awards and accolades, including Student of the Year (STUEY) 2009 and Order of the Barristers. She also served as a Florida Certified Legal Intern in the NSU Law’s Children and Families Clinic representing families pro bono in paternity disputes, dissolution of marriage, and domestic violence actions. Tiffany was also a Member of the Moot Court Society, serving as the Chief Justice. She also served on numerous travel competition teams, including the 2008 Pace Environmental Law Competition, where she received the award for Best Oralist.